The Value of Forgiveness to Money Peace: 4 Key Steps

Often people I’m coaching speak of how someone else’s attitudes about money influenced their own behavior and beliefs. Frequently, though not always, the “someone else” is a parent, teacher, spouse, peer, or spiritual leader. Sometimes that influence brought positive ways of being with finances. Frequently, however, the other person’s impact resulted in financial havoc.

If you find you’re ill at ease or in chaos around money, look to see if there is someone (yourself or another) that you might want to forgive in order to gain, as Edwine Gaines says, an emotional house cleaning to gain peace with your finances. 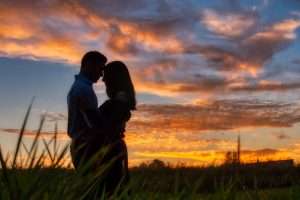 Hauling the baggage of emotional stress, blame, shame or anger, does no one, least of all you, any good. More likely, it is damaging to your relationship with your money, self, and. Looking at the situation objectively you may see that some of the people currently in your life had nothing to do with the original event. Yet whatever happened affects how you act with your money. This affect touches those closest to you, whether or not you are aware of it; no matter how much you try to hide your money challenges.

In my book, Make Peace with Money, I speak of how I did well with money as a child and through my early teen years. Then at the age of 17, I married a man whose money practices were, shall we say, less than ideal. More, he was threatened by my knowledge of money and set about to systematically undermine my confidence.

I started to think I was bad with money. As the marriage unfolded I fell deeper into that illusion. By the time we divorced, that belief had become deeply embedded. Understandably, each time I was faced with money decisions, paying bills or addressing large expenses, I felt defeated. And my behavior with money showed it.

Years later, my financial coach helped me realize the shattering effect that early marriage had had on my beliefs and actions. With her encouragement, I took a solid look at the beliefs that stood in the way of my peace, with money and in my life. I discovered I wasn’t actually bad with money, but I had taken on bad habits. As well, there were some things I didn’t know about it that I needed to learn. My journey since has been an adventure of forgiveness, for him and for myself, and of discovery so I could come to the peace I so deeply desire.

Beyond situations that revolve around money directly, the actions of others when not forgiven can keep us in a state of turmoil that impacts how we treat our finances.

Mark, a man I coached several years ago, had been hazed by his college fraternity in a way that endangered his life. Some of his fraternity brothers suggested that his harrowing experience entitled him to spend his money (and credit and loans from family) any way he wanted.

In his late 30s when he started being coached, his emotions were volatile and, as he readily admitted, he blew up, “Much too freely.” Whenever he felt anxious or angry, which was often, he would buy new sports gear, off-road vehicles, and expensive outdoor clothes and boots. This was done with no thought about the consequences.

He was nearly $100,000.00 in debt when he realized he must change things up. His motivation was that, though he’d been married before and divorced in large part due to money conflicts, he wanted to remarry. He didn’t want money to get in the way this time. As we looked for where his money predicament had started, he realized he was still deeply troubled about the event from his freshman year in college. He’d buried his feelings and had never come to grips with it.

We discussed some possible solutions. Mark chose that he wanted to let go of his rage. To him, forgiveness seemed the best path. During his next few coaching sessions we worked with that, and also identified behaviors he wanted to change, including a five-year plan to get out of debt and how he would talk frankly with his fiancee about his debt and the plan. Sixteen months later I was graced to attend his wedding. While he was still deeply in debt, he had made significant headway in paying it down. Mark and his wife recently celebrated their 12th wedding anniversary, debt free. I received the following note acknowledging the work we’d done.

“I realized I didn’t have to excuse the perpetrator’s actions, but I did need to let go of my rage and fear. They were young and so was I. I still know a number of them and, by and large, they are fine contributors to their communities. As for me, I treat my wife so differently than I acted in my first marriage. Now I’m grateful to be able to forgive and let go whenever something gets in the way of our happiness.”

Bernard Meltzer, respected radio host, said, “When you forgive, you in no way change the past – but you sure do change the future.” Why not let forgiveness light your pathway to the future you desire?

An excellent resource to forgive yourself and others and step into the relationship you desire around money is to do the exercises for Lesson 14 in the Make Peace with Money Workbook,  downloadable free at www.makepeacewithmoney.com. Another powerful forgiveness process is in the book The Energy of Money by Maria Nemeth, Ph.D. – the forgiveness process, pages 210–217.

Subscribe to Receive the Make Peace with Money Workbook